There’s lots planned for 2015…and it begins with Gary’s first gig of the year at Katie Fitzgeralds in Stourbridge on 15th January sharing the bill with VIX (ex Fuzzbox) & her MsChiefs – see here for more details https://www.gojo-music.co.uk/live-dates/

PLUS… Gary releases a double A side single (download) at the end of January which see’s ‘Build It Like A Rock’ and ‘Take The Money and Run My Dear’ released as a taster to his forthcoming new CD/Album ‘FLY’ (featuring and co-produced by EDDY MORTON of The Bushburys) scheduled for end of March / early April 2015 release via GOJO’ MUSIC / NEW MOUNTAIN MUSIC distributed by Proper Distribution. 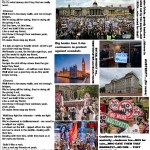 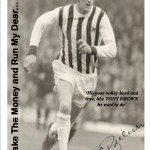