Tell Me Please, Is This How The West Was Won?
https://www.youtube.com/watch?v=eg_G5xVIA9c

Thought I’d put a bit of a ‘stills montage’ to the song to aid the message…ain’t played it live in a while…thinking of dusting the cobwebs off it and adding a bit more politics to me live set…well why not…I’ll dedicate it to George Michael’s legacy…which was far more in the face of the political establishment than Punk Rock ever was!

The song was written in 2004 after watching a brilliant documentary made by Producer Malcolm Brinkworth at Touch Productions and Broadcast on BBC2 to national acclaim, it was called Afghan Warrior. Afghan Warrior can be viewed here https://www.youtube.com/watch?v=svWQ600EI6s then you can see the charade behind the Afghan / Iraq / Taliban / Al Queda conflict and all over Middle East conflicts since.

The song was produced by Martin Stephenson and featured meself…

and was released on the Twenty Years of Love and Pain EP/CD. https://garyodea-gojomusic.bandcamp.com/album/twenty-years-of-love-and-pain-they-hurt-the-same-ep-cd 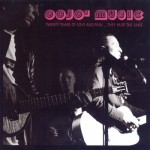 I sent Malcolm Brinkworth an early demo of the song – recorded with just me on acoustic guitar at my mates house, I sent him a copy of this recorded song and the EP ‘Twenty Years of Love & Pain…They Hurt The Same’ as well when it was released. He contacted me about the song and said ‘It’s a great track and I’m glad the film made an impact on you. Thanks for the CD hope it goes from strength to strength.’

It was lovely to get that from Malcolm.

Hope you dig it 🙂