2 tracks from the forthcoming album FLY featured on The Roy Wetton Show on Millside Radio between 8-10pm tomorrow night (Tuesday 7th July) tune in http://www.millsideradio.co.uk/new/ broadcasting to the World across The Net.

I’d just like to thank the following DJs across this country and Europe who have given me some tremendous support so far this year in promoing my forthcoming album by playing the two promo tracks Build It Like A Rock http://garyodea-gojomusic.bandcamp.com/…/build-it-like-a-ro… and Take The Money & Run My Dear http://garyodea-gojomusic.bandcamp.com/…/take-the-money-and… over the past few months. The album is nearing completion now and I’ll be getting promo copies out in August. I’m a one man show in a lot of aspects of what I do and its full time 24/7 ‘on the case’ and I really appreciate those that have taken the time to give my songs some airtime on their shows and offer some very positive comments and support. They do a great job with fantastic enthusiasm and commitment and knowledge and are a breath of fresh air in an ever increasing ‘medium of tedium’ so thank you very much to…
Angel Belter and Mark Robert Jeffries @ Belter Radio
Steve Morris @ Roots And Branches
Rossy and The Count Way Out Radio
Shaun Taylor Castledown Radio
Steve Perz and John Paul French @ The Night Flight Radio Show (Dortmund, Germany)
Roy Wetton Millside Radio 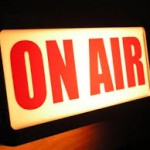